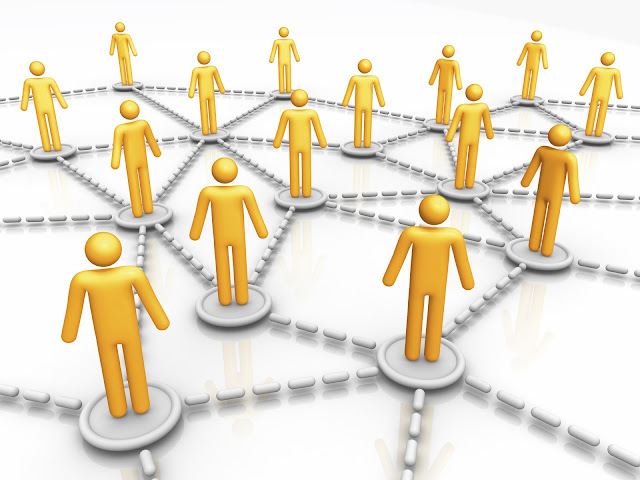 I was chatting with a friend who is in the process of job hunting the other day and he told me that he friended a recruiter on Facebook. Perplexed, I asked if he was concerned about the information the recruiter might see. "No," he said. "I'm not really the drunken reverie poster." He also does not use features such as lists to organize contacts and restrict access to parts of his profile.
This exchange suggests to me that the boundaries between online social networks are still in flux. So far, the general suggestion has been that users should use LinkedIn for professional contacts and keep Facebook for personal ones—or make use of the lists feature to set privacy settings accordingly. We've heard the horror stories about the times when friending a supervisor went astray (seriously, Google Facebook fired—there's even a group!), and we're learning that HR is increasingly reviewing the social media profiles of applicants before they're even invited for an interview. Sites like Facebook allow users to craft a personalized image of themselves—does this personalization suggest a more authentic self? And if so, does that make Facebook a more desirable point of contact for a more "complete" view of a person?
Researcher Soraya Mehdizadeh (2010) proposes that sites like Facebook and MySpace have contributed to the rise of narcissistic tendencies. As Facebook has surpassed MySpace in overall general use and has a wider base of potential contacts (e.g., recruiters and applicants, supervisors and employees), I'll focus this discussion on Facebook. In my opinion, it seems to be the more "serious" of the two—at least, it appears to be the more trustworthy for authentic representations, which we'll explore in bit. First, what does Mehdizadeh mean by narcissism online?
She defines narcissists as individuals who seek superficial relationships with high status individuals who can contribute to public glory (2010: 358). Online social networking sites encourage these sorts of relationships:

First, this setting offers a gateway for hundreds of shallow relationships (i.e., virtual friends), and emotionally detached communication (i.e., wall posts, comments). While these sites do indeed serve a communicative purpose among friends, colleagues, and family, other registered users can initiate requests to be friends, and one's social network often snowballs rapidly across institutions in this fashion (358).

One way this sort of relationship is achieved is through the presentation of an attractive self—the user must reveal something that encourages the connection. This connection may be emotionally appealing (e.g., a shared history: attending the same high school or college) or physically appealing (e.g., an enticing photo, a pleasant demeanor). The latter seems particularly important once the user moves past first tier connections and begins to add connections from the second tier (i.e., friend of a friend) and beyond. According to Mehdizadeh, this opens the door for a showing of the "hoped for possible self," which "emphasizes realistic socially desirable identities an individual would like to establish given the right circumstances" (358).
Facebook is a "nonymous" online environment—it requires the user to reveal herself. Users have to enter their real names, for example, although an increasing number of users are slightly tweaking their names to make themselves unsearchable. But it also requires users to place themselves within a physical network, whether that be an academic circle or a geographic one. And while a small number of users choose not to have a photo, many have some sort of pictorial representation associated with their name. Frequently, this is a photograph although in some cases avatars or other icons may be used, however, the representation is true in that it represents the user in some way. That is to say, Jane Doe does not use Mary Smith's image as her own. Nonymous environments require a degree of truth. The personal nature of Facebook adds another layer to that sense of truth which distinguishes the network from the likes of LinkedIn. Users are not free to simple pretend to be someone they are not.
Mehdizadeh correctly states that users are actively engaged in constructing their identity in nonymous settings:

While the nonymity of this environment places constraint on the freedom of the individual identity claims, this setting also enables users to control the information projected about themselves. In particular, users can select attractive photographs and write self descriptions that are self-promoting in an effort to project an enhanced sense of self. Furthermore, Facebook users can receive public feedback on profile features from other users, which can act as a positive regulator of narcissistic esteem (360).

Though she views the interaction between users and their connections as confirming narcissistic behaviors, I want to propose that Facebook relationships also help vet the image projected by calling attention to anomalies. For example, if a user posts a photo showing themselves in a new, unexplained location, someone will usually ask where the user was and what he was doing at the time.
In this sort of setting, it may be possible to expand your network to include business and other professional contacts. In this setting, would a drunken reverie poster get a pass because it would seem out of character? It may mean a more open social web.