Put Down Your iPhone and Watch the Game: Notes on the Home Team Advantage

Baseball is not golf. Yes, in both sports players attempt to hit a ball with a stick, but that's essentially where the similarities end. Baseball, unlike golf, thrives on the noisy participation of the fans. Golf asks spectators to "remain still and quiet during a player's shot [and] crowds are strongly discouraged from cheering until after a player hits the ball." Baseball will have none of that. When the home team has the game riding on the final out, or the pitcher needs some help facing a key batter, or the umpire has—to put it delicately—something in his eye, the baseball ethos expects that spectators will be on their feet making as much noise as they possibly can. Why? Because noisy spectators can affect the outcome of the game. 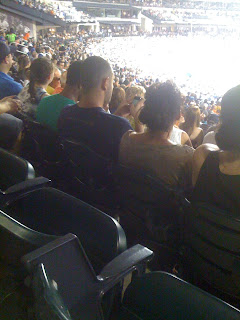 My intent is not to diminish the entertainment value of golf. It's a respectable game, and it has some fantastic players. But something is happening in baseball that is changing the experience for all fans. Distractions seem to be impeding the ability of some fans' to participate so that responses are delayed—if they occur at all—and subdued. During my last trip to the ballpark, I witnessed a particularly nasty call by the home plate umpire where he reversed a called strike and gave the opposing batter the base. It was a crucial call against the home team and the fans were outraged. Boos rained down on the field heavily, as well as a few choice remarks. But there were several people in my section who were busy: texting, getting up for a food or sitting down with their spoils, or waving to friends allegedly sitting on the other side of the ballpark while yelling into their phones, "I'm standing up and waving, can you see me?!" (No, they can't see you. But the people around you can see you. And they're annoyed.) These folks didn't see the initial call, and they didn't add their voices to the chorus of boos. Instead, they asked [booing] neighbors what happened. By the time they were caught up, the moment of potential solidarity was over. [Right: Fan busy texting.]
Later during that same game, fans from around the ballpark were featured on the big screen. Sure, you can argue that not everyone in the ballpark enjoys appearing on the big screen, but being able to display fandom is important. The big screen helps accomplish this: Presumably, you are at the ballpark to support one of the teams there, so it's a chance to publicly exhibit that you are a fan whether you give an embarrassed wave, do a crazy dance, or yell and gesticulate wildly. The camera picked several folks who exuberantly demonstrated team support. And then settled on a woman who had her head down and completely focused on her phone (maybe she was updating her Facebook status—who knows). She was oblivious to her moment of fan glory. I started to think about the role of the fan. The game goes on whether or not she is aware of it, so what does it matter? 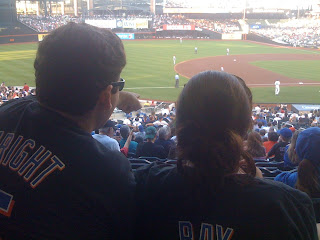 When I studied cricket, I read a great deal about the importance of fan engagement. Disengagement can be damaging to the home team advantage. The home advantage is a real phenomenon: studies have shown that athletic teams win more frequently when playing at home and outperform visiting teams on several measures of performance (see Edwards 1979, Koppet 1972, Varca 1980). A study by Donald Greer (1983) suggests that one of the factors of home team advantage is the "social support of the home audience" (1983). Social support may manifest itself positively (e.g., cheering) or negatively (e.g., booing). Greer created an interesting study that assessed the effect of booing in basketball. (I'm referencing his article because basketball is a sport like baseball in that spectators react to the game in progress.) Greer proposed that because booing was the more spontaneous of the two forms support, it could have a greater effect on the home team advantage:

[B]ooing, whistling, and the chanting of insults at opponents and officials might (when sustained for any length of time) induce considerable environmental stress among players, because of their intensity and novelty (1983: 253).

In Greer's study, a team of coders was employed to note sustained periods of protest, which were identified as protests (e.g., booing) that lasted 15 seconds or longer. They then tracked the teams' performances (using measures of scoring, violations, and turnovers) for five minutes after the protest episode. In short, Greer and his observers found that social reinforcement from the crowd yielded a consistent pattern of team improvement matched by a decline in effectiveness by the visiting team (255). (He employed a statistical analysis that I won't delve too deeply into here. If you're interested, the article is available via the link at the bottom.) [Above: Watching the game.]
Greer cited several studies that explain why booing may have this effect. For example, visiting athletes are already under stress before the game even begins: They must compete in an unfamiliar setting, which may increase their perception and sensitivity to adverse conditions. Once booing is added to the equation, it distracts the visiting team from the game and allows anxiety to erode performance:

Player's thoughts following surges in performance by the opposing team were diverted away from concentration on the playing process itself and towards ruminations on their recent performance and self-generated internal exhortations to improve. (1982: 258).

In addition, the longer a team has to focus on a task, the more quickly the ability to focus is depleted. Environmental stress (booing) accelerates this depletion by requiring athletes to focus more intently, using up the reserves of focus. In comparison, the home team is relatively relaxed and not intimidated by the crowd. 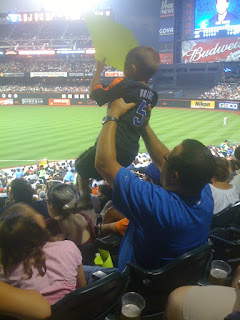 While Greer's study emphasizes booing, we can extrapolate that fan involvement overall is important. Greer suggests that positive involvement such as cheering does not have the same effect as booing. I think that fan involvement—united fan involvement—of both the positive and negative variety is as powerful and intimidating as a sustained period of protest. Booing may unite spectators against perceived injustices, but cheering also unifies them and in both instances, feedback is provided to the players and officials about the state of the crowd. We don't exist in isolated bubbles. Our actions create ripples that impact others. When spectators are united in support, it creates an expectation that the home team must rise psychologically to meet. They feel the pressure from the stands, believe me. When the fans are out of it, the players are out of it. And it goes both ways. When players show up to the field and give the impression they don't want to be there, it impacts the fans' desire to be supportive. But spectators are there to be fans. And that means assuming the mantle of fandom, and participating in the game. [Left: Teaching engagement.]
Baseball games are won and lost on the pitcher's mound and in the batter's box. But they're also won and lost in the stands. So get your hot dog, yes. What's baseball without hot dogs and peanuts? But don't worry about Facebook or your buddy sitting in the upper decks. Let the team know you're present and you're on their side. Or go play golf.