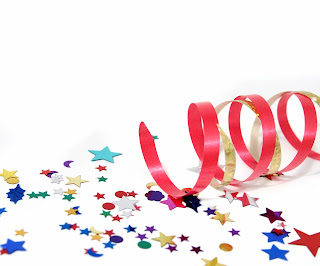 Today marks one year since I started this exercise. A whole year! And it went by so quickly ... I know this is cliche to say, but seriously, it might have been just yesterday when I finally said to myself enough thinking about this thing (I went back and forth on the name of the blog for at least a week in my head), it's time to just do it. And here I am. It might feel as though it was just yesterday, but I am definitely conscious of the ways in which this exercise has changed me—and fully aware of the people that it has brought into my life.
AiP was an experiment for me. I wanted to see if there was room for a popular version of anthropology that might help dispel the idea that anthropology is solely the story of the ever-famous Other—and that anthropologists are readily identifiable by the hats and whips they carry, and their fear of snakes. I didn't want this to be a marketing blog. It wasn't meant to prove the place of anthropology in the business world. I wanted to write for the woman on the LIRR who is fed-up with loud cell phone talkers, and the man on the subway totally annoyed by packers, the worker in the cubicle who needs that morning cup of coffee, and the high school student who can't go five minutes without checking his Facebook status. I wanted to show them that anthropology is the study of us—of the ways that our every day behaviors shape our culture and society, and the ways we are shaped in turn. We are the Other too. And that's okay. I wanted to show them how to appreciate the past to understand the future. I'm satisfied with the progress that has been made: AiP has regular subscribers from all around the world! 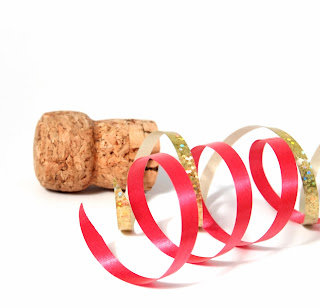 I started AiP half expecting to occupy some obscure corner of the Internet—really how could I compete with the likes of Eric Michael Johnson, Deborah Blum, Brian Switek, Janet Stemwedel, Bora, and Scicurious?! Their shadows are long, and I expected to exist by skirting along the edges. But one of the things I've learned is that the Internet makes it hard to be obscure. Yes, there is a ton of information to wade through, but if you make enough noise—and writing regularly is a form of noise—you create ripples that resonate through the social web. I am thankful for everyone who has shared what they're read here, and help spread the word about AiP. And I am thankful that the writers mentioned above, as well as many others, were willing to welcome me into the science fold. I sort of burst onto the scene, without having made much of an introduction—I just started writing, and imagine my surprise when I found that people were paying attention.
The science blogosphere has changed greatly in the last year, and I am glad to be a part of it. The proliferation of blogging networks, and the capabilities of the social web are exciting. Never has it been easier to reach others and share ideas—the future of research is open for change. I am honored to be a Scientopian. And I am thrilled to be counted as a female science writer in this environment.
The most important thing AiP has taught me, however, is how to work for myself—how to take a talent and a passion and make a reality; how to promote that endeavor; how to celebrate accomplishments; how to keep going. A few Readers of AiP who know me personally know that I struggle connecting my working hours with the passions that I would like to actually invest all my time in. AiP has been the realization of those those dreams and ideas. And while the list of those who have supported me is long, I need to at least acknowledge S publicly. He tolerates the fact that I am often glued to my laptop in the evenings until the wee hours of the morning, that there are always research articles and books scattered throughout the apartment, and that I am likely to wander off in pursuit of something historical. He is AiP's biggest fan—and mine as well.
I'm not going to ramble on for too much longer. I'll be spending my blogiversary at the Mid-Manhattan library researching an article on softwood for a Facts on File entry. But if you're in the neighborhood and want to grab a celebratory libation with me, let me know on Twitter @anthinpractice. But before I sign off, Readers, I want to thank you. Thank you! For subscribing, and reading, and commenting, and sharing what you read here. I'm thrilled to have taken this journey with you, and excited to see where it will go.

In the meantime, Readers, fill me in on what you're up to—introduce yourselves, tell me what brings you here, what your interests are, where you hail from, what you're working on currently, etc. Now, where did that wine get to? The cork is rolling around the page ...
© Krystal D'Costa