Culture in Action 6: Stations of the Cross

During the Lenten season, Roman Catholics observe the Stations of the Cross. This devotion marks the final hours of Christ by recognizing 14 events that culminate in the entombment of Jesus. For many Catholics, it is spiritual pilgrimage performed as an act of reparation for the pain and suffering inflicted upon Jesus as he labored to Golgotha. Many Catholic churches hold a Friday mass during Lent for the Stations. This past Friday, my Bengali-Catholic family members hosted a private prayer in this same spirit.
An altar was arranged with candles, a few religious statues, and of course, a cross. The readings were conducted in Bengali and involved much standing and kneeling. It was beautiful in its simplicity. And a staunch reminder of the reach of colonialism. But it was also a means for this family to reconnect and reaffirm their sense of community. Given the intimate atmosphere of the event, I didn't take too many photos, but here are a few (apologies in advance for the quality of the shots): 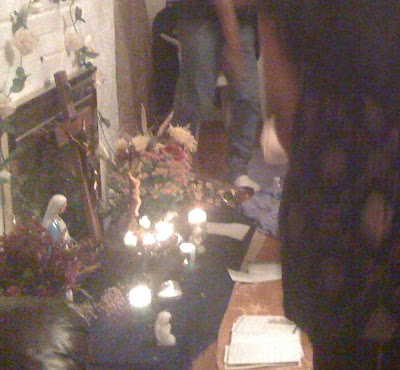 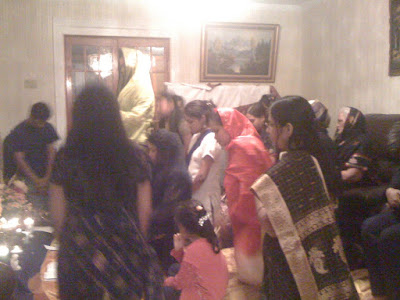 Above: Those gathered kneel for a reading led by the woman in the green sari standing in the left of the shot. 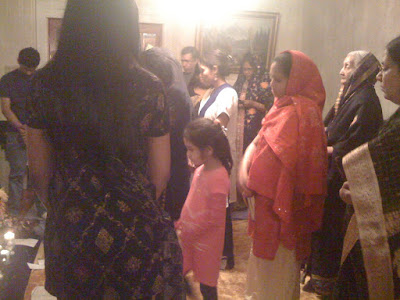 Above: Standing for a reading.
Though it's perhaps not clear in the pictures I managed to secure, the gathering was not segregated—there just happened to be more women than men. Following the prayer, there was a light vegetarian dinner (of course—we've already explored the central role food plays in many different cultures!) which was filled with merry cries characteristic of a joyous reunion.

You can view additional installments of the Culture in Action series here.
© Krystal D'Costa